Bitmain’s Antminer S19 is selling quickly in China after its initial wave of units were bought up within a day. The product will be sent to purchasers from March 11 to March 20.

Only 24 hours after making their Antminer S19 available to buy, Bitmain saw their entire supply sold. Bitmain is the biggest manufacturer of Bitcoin ASIC miners. 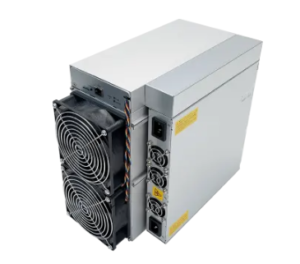 It was on March 23 that Bitmain revealed in a Tweet just how successful they were on their first day of transactions. The speed of sales is partly because people have been waiting for the Antminer S19 for a long time.

Antminer S19s Will Be Sent Out March 11

This is only the first incarnation of the machine, which will have an improved hashrate of 95 terahashes per second. There is another version available that has upgraded performance statistics, and an even better version of both will be designed and sold in the future.

A standard S19 runs at about $2,180 next to the pro version that stands at approximately $2,920. As of now, Only Chinese buyers can obtain one of these miners. Bitmain has already announced that international customers will get their chance to purchase one soon.

This first round of products will start to find their way to their owners as early as May 11, and as late as May 20.

Has Bitmain Really Been Front-Running Miners?

May 12 was not the most prudent date for Bitmain to choose as their initial shipping time. The mining community has not been silent about their displeasure.

There are those that accuse Bitmain of using this date as a way to begin mining with its next-generation ASICs the S19 Pro. This would leave them with few competitors until the next fork takes place.

If Bitmain holds off on sending out their cutting-edge miners, then they will be able to use their own technology to get ahead of the rest of the community. After they gain the advantage, then they would make a further profit by selling their miners after the fork has already happened.

Jason Urgo os social Blade and average internet users are among the critics of Bitmain’s calendar. Jason Urgo was quoted as directly stating that Bitmain is likely trying to utilize their unique technology until its no longer directly advantageous.

Another user made the observation that they could claim to be in a testing phase until the fork is over, which is really just a cover to mine freely.

We use cookies to ensure that we give you the best experience on our website. If you continue to use this site we will assume that you are happy with it.Ok